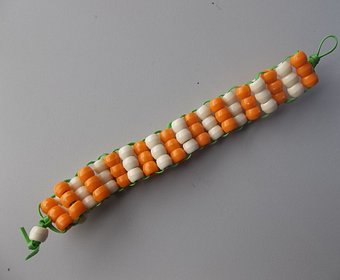 In 2007, the Ontario Ministry of Education created a policy memorandum, PPM 140, that requires teachers of students with autism to use applied behaviour analysis in the classroom, if applicable.  According to Alberto and Troutman (2009), Applied Behaviour Analysis is a more rigorously defined version of behaviour modification because it includes the requirement to record data as evidence of the effect of the treatment.  Behaviour modification is the application of operant conditioning, which is concerned with the relationship between consequences and behaviours, to human behaviour.  It was first used in applied settings in the 1960s, but various studies and review have been performed since then to support it.

Alberto and Troutman (2009) define applied behaviour analysis by stating that “human behaviour, both adaptive and maladaptive, is learned.  Learning occurs as a result of the consequences of behaviour”. Consequences following a behaviour that increase the behaviour, such as getting free time for completing a task, is considered positive reinforcement.  When the consequence involves something being removed after the behaviour to increase the behaviour, such as a headache fading after taking medication, it is considered a negative reinforcement.  Reinforcement is the key behind applied behaviour analysis.  Punishment occurs when a consequence after a behaviour decreases that behaviour.  Extinction is used in the classroom instead of punishment to decrease behaviour.  This involves discontinuing the reinforcement of undesired behaviours.  For example, if a students has been screaming for a toy and getting it, the student will no long get the toy for screaming.  Screaming will be replaced by a more appropriate way to communicate for a toy, such as verbally asking, signing, or exchanging a picture of the toy for the toy.  Antecedents, or events that come before a behaviour, also have an impact on behaviour.

Because communication is an issue with children with autism, behaviours can be observed and tracked for weeks before an intervention program is attempted.  All behaviours occur for one of four reasons: avoidance, attention, tangible acquisition (such as getting a toy), and sensory (usually the pleasure of the behaviour itself).  In applied behaviour analysis, programs are not based on the behaviour, but on the motivation for the behaviour.  For example, if a student is screaming, the program will depend on whether the student is screaming to avoid doing a task, to get attention from the teacher, to get a toy, or because they enjoy the feeling of screaming on their throat.  Behaviours are also replaced with another behaviour so they do not begin again; this replacement is usually a more acceptable means of communication, such as verbals, sign language, or picture card communication.  For example, if a student is screaming for a toy, they will not get the toy.  (This is extinction.)  Instead, they will be prompted to ask for the toy with a verbal, a sign, or a picture card.  When they do, they will get the toy.  (This is positive reinforcement.)  Eventually, the student will learn to ask for the toy and will unlearn screaming after repeated trials.  Anything that is measurable and observable is a behaviour, so this does not only include undesired behaviours, but also desired behaviours, such as reading.

Discrete trial training (DTT) is one of the better known strategies in applied behaviour analysis.  It is a form of one-to-one teaching frequently done in a cubicle setting using repeated trials of prompting and reinforcement to teach students new skills.  Prompting is the help given to a student to complete a task once the request has been given.  Prompts include full physical prompts (picking up the student’s hand and putting it on the required letter card), partial physical prompts (gently touching the elbow and leading it toward the correct card), gestural (pointing to the right card), positional (putting the right card closer to the student), visual (showing a picture of the desired card), and various levels of verbal (full, partial, and indirect). These prompts are different levels of support, and they should be faded until the task is acquired independently (using less intrusive prompts until the student is independent).  Other strategies of applied behaviour analysis are task analysis and chaining (the act of breaking down tasks into smaller steps and teaching those steps in order one at a time), reinforcement thinning (requiring more trials before a reinforcer is given), shaping (accepting responses that are closer and closer to the desired response), and generalization (teaching an acquired skill in other areas, with other people, and with other resources).