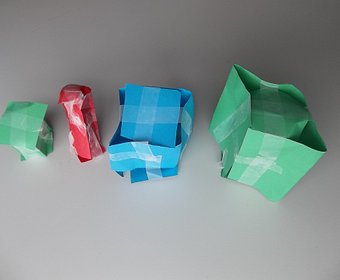 Autism in the Ontario education system has both a diagnosis given by a doctor or psychologist, as well as an identification given by a team of special education professionals and the family at an identification, placement, and review committee (IPRC) meeting (Ministry of Education, 2001).  The doctor or psychologist will often use a test of autism like the Autism Diagnostic Observation Schedule (ADOS) or the Childhood Autism Rating Scale (CARS), which are based on the definition of autism in the Diagnostic and Statistical Manual for Mental Disorders (DSM-IV).

Autism is defined in the DSM-IV as “autistic disorder”.  It requires the patient to have at least two impairments in social interaction such as a “marked impairment in the use of multiple non-verbal behaviours such as eye-to-eye gaze, facial expression, body postures, and gestures to regulate social interaction”(APA, 1994).  The patient must also have at least one impairment in communication such as a “delay in, or total lack of, the development of spoken language” and at least one stereotypic behaviour such as “encompassing preoccupation with one or more stereotyped and restricted patterns of interest that is abnormal either in intensity or focus”.  Along with two more impairments from any of the above areas, the patient must have delays in “social interaction, language as used in social communication, [or] symbolic or imaginative play” before three years old.

Alternately, autism is defined by the Ontario Ministry of Education under the exceptionality category of “communication” as “a severe learning disorder that is characterized by disturbances in rate of educational development, ability to relate to the environment, mobility, [and] perception, speech, and language” as well as a “lack of the representational symbolic behaviour that precedes language” (2001).  A diagnosis of autism is required before an identification of autism is given.

Ministry of Education. (2001). Special Education: A Guide for Educators. Ontario.